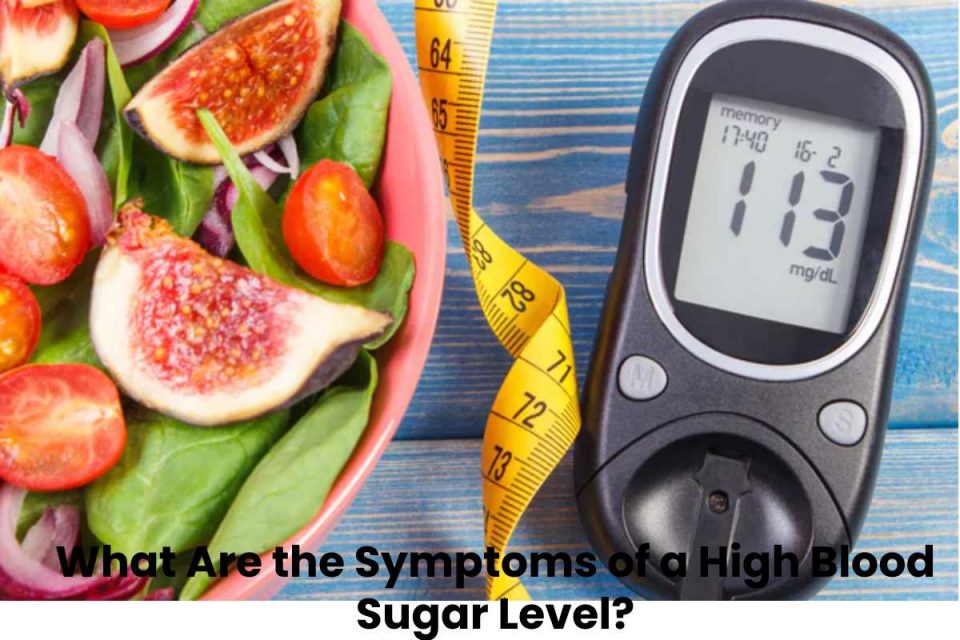 Are you experiencing frequent urination, blurry vision, and constant fatigue? The causative factor could be an abnormally high sugar glucose level in your blood, a condition medically referred to as hyperglycemia. Hyperglycemia is most common in persons living with diabetes but can also present itself in individuals without the chronic disease. Fortunately, the dedicated team at PureHealth Research is fighting off this medical menace by offering scientifically proven supplements that help you control your blood glucose level naturally.

One such helpful product is the Blood Sugar Formula, crafted from a blend of 17 natural ingredients, all designed to kick out unbalanced blood sugar by preventing oxidative cell damage and promoting healthier cholesterol levels. Nevertheless, the question remains, what should you be on the lookout for to know if this formula is for you? The following are some of the symptoms that should have you concerned about your blood sugar level.

If you are constantly feeling hungry, chances are that you could be suffering from uncontrolled hyperglycemia. Where that’s the case, the constant pangs of hunger are often accompanied by weight loss despite gobbling down more than your typical daily ration. Excessive eating is in itself an independent symptom known as polyphagia, while the seemingly inexplicable weight loss is due to the breakdown of fat and muscle for energy. The breakdown predisposes you to frequent falls on account of weakened muscles.

According to the American Diabetes Association (ADA), extreme tiredness (also referred to as fatigue) is a common symptom of uncontrolled blood glucose. Ordinarily, cells in the human body utilize glucose as their primary source of fuel. In pre-diabetic and diabetic conditions, however, glucose fails to get into the cells and accumulates in the bloodstream. This deprives cells of their energy source, an eventuality that presents itself as constant tiredness that eventually evolves into fatigue.

Is your eyesight not quite as strong as it used to be? Most people with uncontrolled high blood sugar complain of blurry vision, a symptom that the ADA cites is just as common as fatigue for the afflicted cohort. More often than not, hyperglycemia leads to edema (fluid accumulation) within the eye’s vitreous cavity, which in turn changes the shape of the lens. The lens then loses its ability to accurately focus on objects, resulting in blurred vision.

The strain on the eyes also leads to splitting headaches that affect an individual’s ability to concentrate at work, drive, or perform other simple tasks that they previously completed with ease.

When excessive glucose accumulates in the bloodstream, your kidneys are forced to overwork in an attempt to filter out and absorb as much of the excess sugar as they can. Eventually, the amount of glucose in your blood exceeds the kidneys’ ability to work overtime, forcing them to resort to excreting it via urine. The process is a never-ending vicious cycle, hence the frequent trips to the bathroom.

As the excretion happens, the kidneys inadvertently draw fluids from multiple tissues, leaving the body dehydrated and the person in question always feeling thirsty. Unfortunately, the more you quench your thirst by consuming more fluids, the more frequently you’ll visit the bathroom, and the endless loop continues.

In persons with uncontrolled blood sugar, bruises, scrapes, cuts, and other types of wounds tend to heal slower. This is especially true for lower-limb injuries because long-term hyperglycemia causes nerve damage which in turn affects blood circulation in the legs and feet. Lack of proper circulation cuts off essential nutrients necessary for wound healing in the region.

Compounding the matter further is the fact that these wounds are prone to potentially serious infections that may at times result in amputations. Per the American Podiatric Medical Association, the populace should be on high alert for foot ulcers with an unpleasant smell. As the association puts it, a single ulcer is just as significant and should not be taken lightly.

Numbness and Tingling in Hands and Feet

Although not as common as other symptoms featured herein, the loss of sensation (numbness) or a tingling feeling in your hands and feet (and at times in your arms and legs) is telling of nerve damage caused by long-term hyperglycemia. Known as diabetic neuropathy, the condition is exclusive to persons with a confirmed diagnosis of diabetes. In worst-case scenarios, the numbness and tingling are replaced by burning pain.

Although yeast infections are relatively common in the general population, they are more common in females with an abnormally high blood glucose level. These women suffer from frequent urinary tract infections caused by Candida albicans, a yeast that thrives off the excess glucose in circulation. Symptoms of this genital yeast infection include pain during urination, redness of the vagina, vaginal itching, pain during coitus, as well as a foul-smelling discharge.

According to the National Institute of Diabetes and Digestive and Kidney Diseases, gum disease is almost always an inevitable complication of poorly controlled hyperglycemia. Due to the body’s weakened immune system, naturally-occurring bacteria form plaque when they combine with food in the mouth, resulting in gum disease. Unfortunately, these bacteria feed off glucose, and in cases of hyperglycemia, more glucose is available for bacterial proliferation. If left unchecked, the gums grow tender, swell, are prone to bleeding, and may eventually develop periodontitis.

Everyone agrees on the notion that knowledge is power. Armed with these symptoms, therefore, it is upon you to be aware of the tell-tale signs of hyperglycemia. In truth, an abnormally high blood sugar level could be fatal if left untreated. This is because untreated hyperglycemia eventually turns to ketoacidosis, a medical emergency that calls for immediate treatment.

It is prudent that you don’t ignore any symptom of hyperglycemia, no matter how minor it may seem. It could be the key to early diagnosis of diabetes, and the sooner the chronic condition is diagnosed, the earlier treatment and management can begin.

Is Ayurveda Really Effective in Treating Cough and Cold?