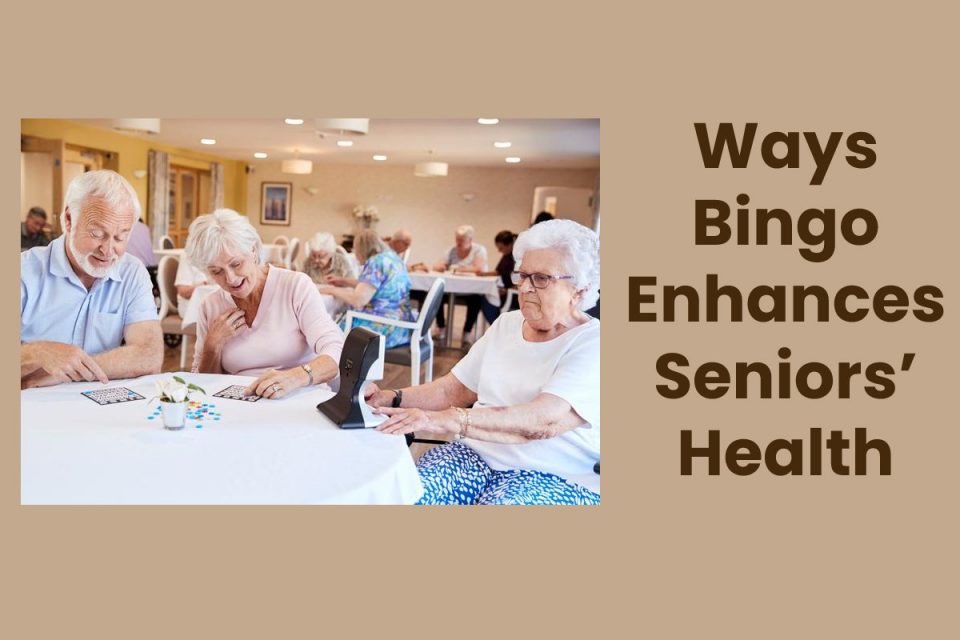 While the optics maybe that lottery participation is not what it used to be, the world’s lottery market continuously increases, growing at a rate of 6% per year. Naturally, things have now moved to the digital sphere. On the World Wide Web, hundreds of gambling websites currently exist that sell tickets for renowned international lotto draws and provide lotto-style gaming, including bingo games.

Previously known as Housey-Housey, in the UK, today, the number of internet platforms claiming to supply the best bingo offers online is vast, as, despite its reputation of only appealing to the elderly, the targeted demographics of this game of probability are diverse. That said, bingo has a difficult time shaking its association with senior citizens. Nevertheless, this is not necessarily a bad thing, as studies have shown that engaging in it has several health benefits for those over the age of sixty-five. Below, we look at the top three ones.

According to a famous early-2000s research, frequent bingo players displayed faster and more accurate mental skills than their non-bingo counterparts. The tests included in the study conducted by professors at Southampton University showed that bingo enthusiasts could scan for information faster and that their memories were drastically better. The participants claimed that this game requires a person to be super perceptive, a good listener, and possess the skill of instantly picking out drawn numbers quickly. In general, virtually any somewhat strenuous mental activity is excellent for those over the age of sixty-five. At this stage in life, most people start to experience cognitive decline. Bingo sessions demand that players remain on their toes for extended sessions, keeping their concentration levels high. That leads to enhanced brain plasticity.

Despite so many playing bingo online, for most elderly individuals, the norm is enjoying this pastime in a hall with dozens of other gaming fans. Of course, one of the most substantial reasons older people do not play over the internet is that most are not tech-savvy enough to do so. Still, a significant portion of them also prefer walking to a hall, as to them, bingo is not about winning prizes but an opportunity to socialize with relatable, like-minded people. It is an undisputed fact that the elderly are more prone to emotional loneliness. That is a massive risk factor for depression, anxiety, and reduced physical activity. Keeping an active social life is essential in maintaining quality mental health. Bingo halls do that by being a playground where pensioners can form tight social networks that extend into the outside world.

Now, this may seem like an unlikely benefit. Yet, if one thinks about it, bingo does require loads of hand movement, and walking to and away from a hall may be more exercise than the average seventy/eighty-year-olds get. Research shows that activities like climbing stairs and independent dressing lower seniors’ risk of disability. The excitement levels connected to bingo fun, paired with walking on breaks with other players and mingling, is enough physical activity for those with more than a few decades under their belt to remain as healthy as possible at that stage in life.

Aesthetics 101: Why Get a Botox Certification To Enhance Your Job Prospects

What Exactly Is A Cataract? And How To Have It Removed

5 Effective Ways to Extend Human Lifespan According to Aging Science

Common Caregiver Challenges and How to Overcome Them

How to Get Tough Soil Stains Out of Clothes