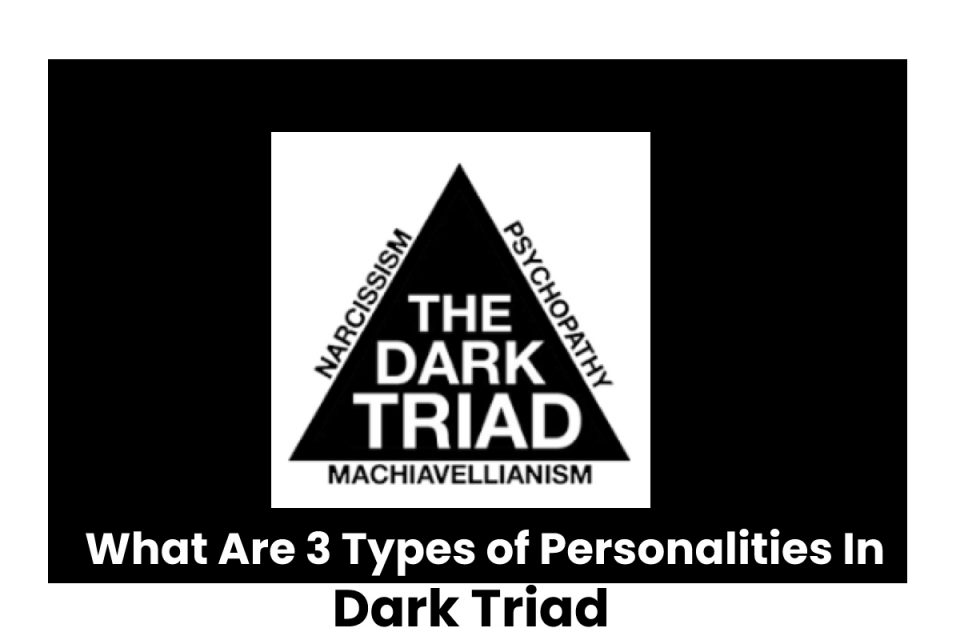 Types of Personalities In Dark Triad

Researchers have long sought to understand what characteristics lead to socially unwelcome or offensive behavior.

These are psychopathy, Machiavellianism, and narcissism. People who exhibit these traits tend to have a dark personality core, low empathy, low emotional intelligence, and bullying tendencies.

You must have heard about the Dark Triad Personality Test, right? But before taking one, read about these three characteristics traits.

Along with superiority and entitlement, narcissism remains characterized by dominance, expressionism, and exploitation. In addition to inflated self-esteem, an individual who exhibits narcissistic qualities is constantly concerned with himself, which is an aspect of their personality that is multifaceted.

In addition to possessing anti-social, radical, and sadistic attitudes, narcissists also display arrogant or condescending behaviors, which are detrimental to entrepreneurship and sustainable development.

These characteristics remain exhibited by individuals who are self-centered and focus constantly on themselves, without considering the social or environmental issues around them. These individuals may even be anti-social in nature. People with narcissistic personalities exhibit behaviors focused on themselves, such as shameless self-obsession, excessive arrogance, and a lack of sensitivity to criticism.

This leads them to ignore the importance of others and the environment so that they can focus on their own development.

Psychopaths lack empathy, sympathy, remorse, guilt, etc. Psychopaths don’t care about others’ welfare. But, They don’t refrain from harming other people or disobeying moral conventions if it comes between their goals. Generally, psychopathy appears to remain associated with aggressive behavior, bullying, and emotional manipulation.

Concerning moral judgment and choice, they exhibit a reduced level of physiological reactions, fewer perceptions, and fewer interferences. They manage others, manipulate their behavior, and persuade them.

Risk-taking and navigating social situations in a calculated and controlled manner, with appropriate behavior, are their tools for achieving their goals.

Psychopaths are frequently driven by power, prestige, and control; as a result, they usually seek short-term rewards, making short-term decisions to maximize wealth and power. Psychopathic individuals are morally bankrupt, and they do not care about the repercussions of their actions on the environment, which implies that they have no sense of responsibility for society.

Characterised by self-interest, lack of empathy, and interpersonal manipulation, Machiavellianism may result in a person with negative characteristics to disregard the environment, and even choose the latter when choosing between short-term gains and long-term development.

It is common for Machiavellians to use any means necessary to gain an advantage regardless of morality. An individual high in Machiavellianism desires money and wealth wants control over other people. And status and takes advantage of opportunities to maximize their gains.

The long-term environmental advantages of these actions are of less importance to these individuals. Machiavellianism, however, emphasizes practicality and power and focuses on controlling others in order to accomplish one’s goals.

Their primary concern is achieving their goals, and they are likely to engage in anti-production activities. Without regard for the environment or the importance of protecting it. Those with Machiavellianism are mainly concerned with themselves, are only concerned with their own goals. And rarely take into account the effects they have on those around them and on the environment.

The Machiavellianism of an individual is set on their own goals. They engage in low-emotional interactions, and they have minimal ideological inputs. Personal goals are their only motivation and ethical and environmental issues stay usually ignored.

Studies suggest that individuals with a high score on the dark triad are more likely to commit crimes, get into trouble with the law as well as cause social distress and cause issues at the workplace. Interestingly, studies reveal that individuals with Dark Triad remain often. Considered to possess leadership qualities and that they enjoy high social standing.

How to Make the Most Out of One Day in Melbourne

Are you a Hypochondriac Person?